Free ground shipping on all orders! Find a store » Continue Shopping »
Gypsy draws inspiration from an era known for its strong use of abstract symbolism in art. Their meanings enhance the natural aesthetics of our pieces and, we think, make a little statement about the wearer as well! So, read on, pomegranate gals, because this is all about you! 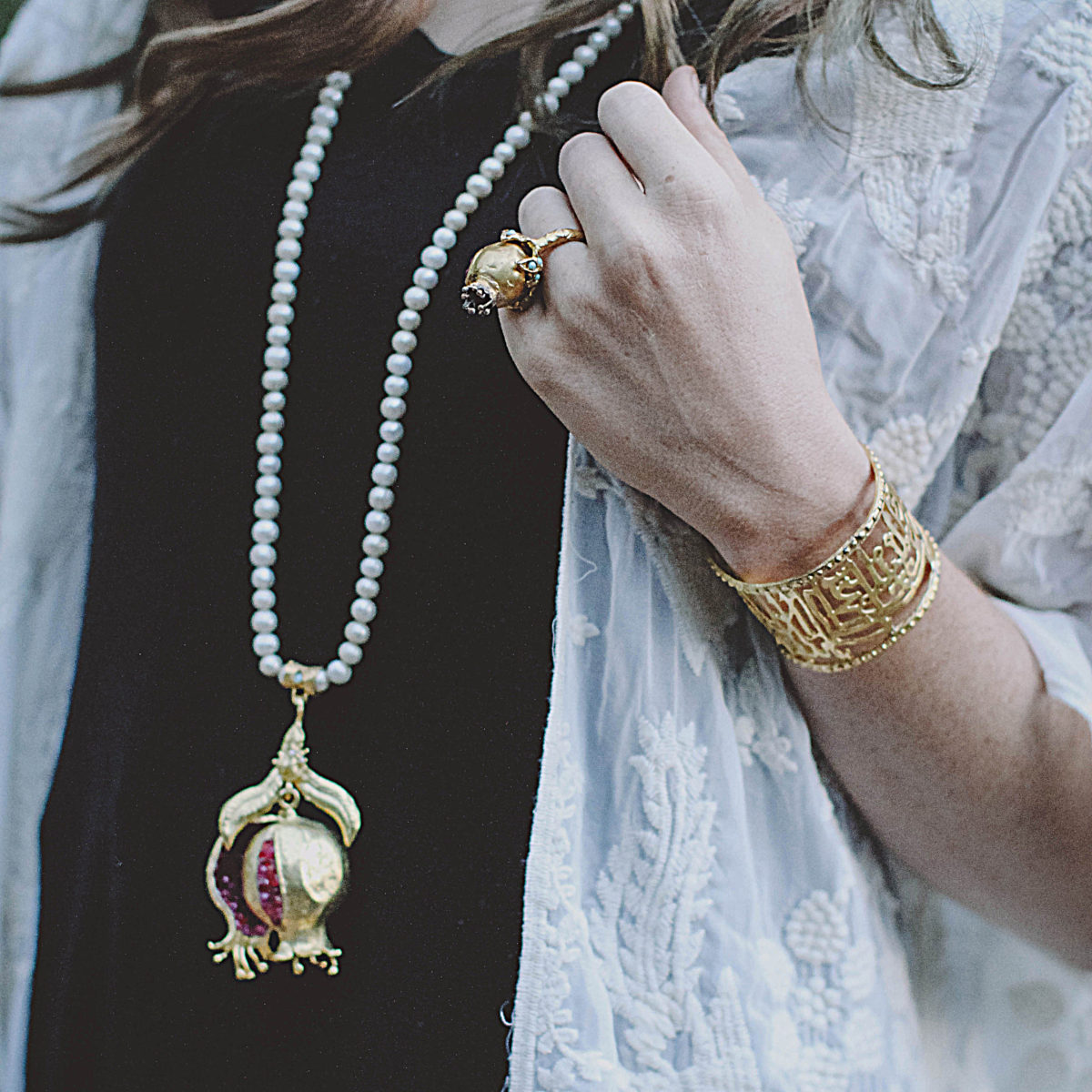 The pomegranate has long held symbolic meanings for the Greeks. In ancient times, they were offered to the gods for fertile land and for the spirits of the dead. Today, it is still conventional for a guest to bring a pomegranate as a housewarming gift, which is placed near the home altar of the house as a symbol of abundance, good luck and fertility. 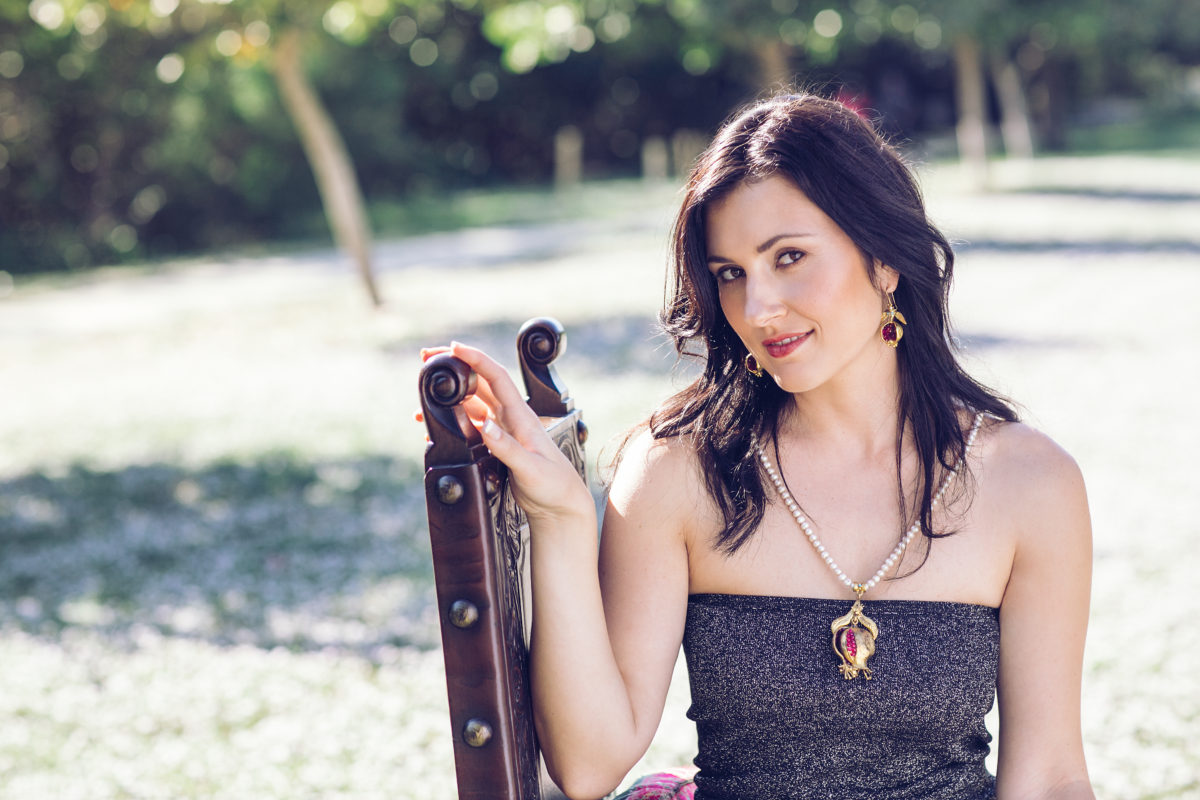 Jewish tradition teaches that the pomegranate is a symbol for righteousness, while the Qur’an features pomegranates in the gardens of paradise, and many Christian depictions of the Christ child and his mother show them holding pomegranates in their hands as symbols of resurrection.
Finally, the pomegranate ties to the infamous history of Anne Boleyn. The fruit was originally an emblem in the coat of arms of Catherine of Aragon, a devout Catholic and the first wife of King Henry VIII. After the King divorced Catherine to marry Anne Boleyn, Boleyn’s first decree designated a new coat of arms, showing a white falcon pecking at a pomegranate. 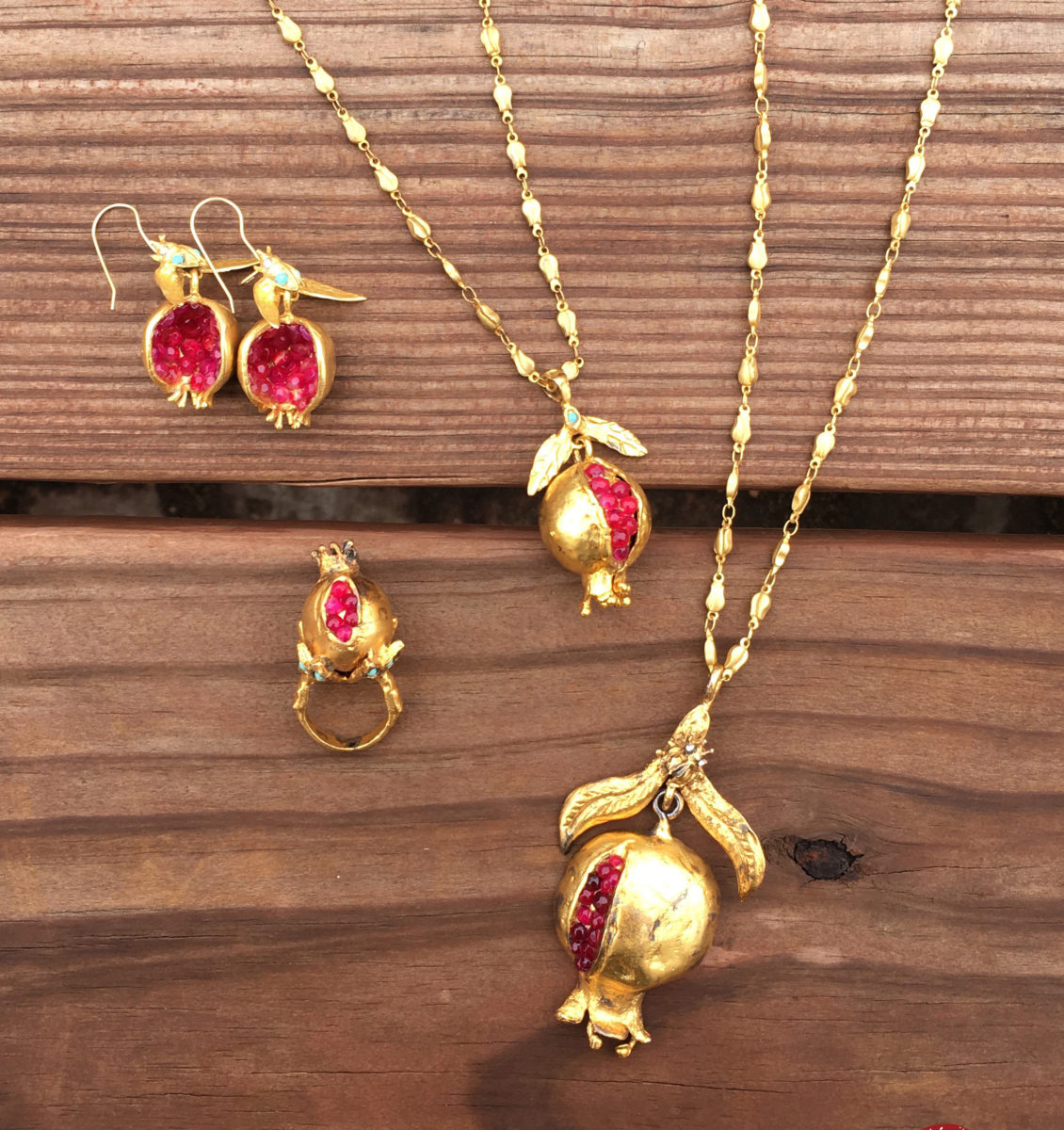 Symbolism aside, the tart, refreshing taste of pomegranate transports us to Turkey, where freshly squeezed pomegranate juice has been standard street fare far longer than American juice bars and wellness magazines have been touting its detoxifying properties! We enjoy eating the pips by themselves or thrown in a salad. We also recommend this recipe: slow roast Persian lamb with pomegranate salad, which takes the pom center-stage at your dinner table.
Inside and out, the pomegranate delights and allures, and we suspect that all our pomegranate-wearing ladies out there do the same! Find more inspiration for Pomegranate fashion and recipes on our Pinterest Board: Falling for Pomegranate.
Check out our Pomegranate Collection below:
Post Views: 3,809 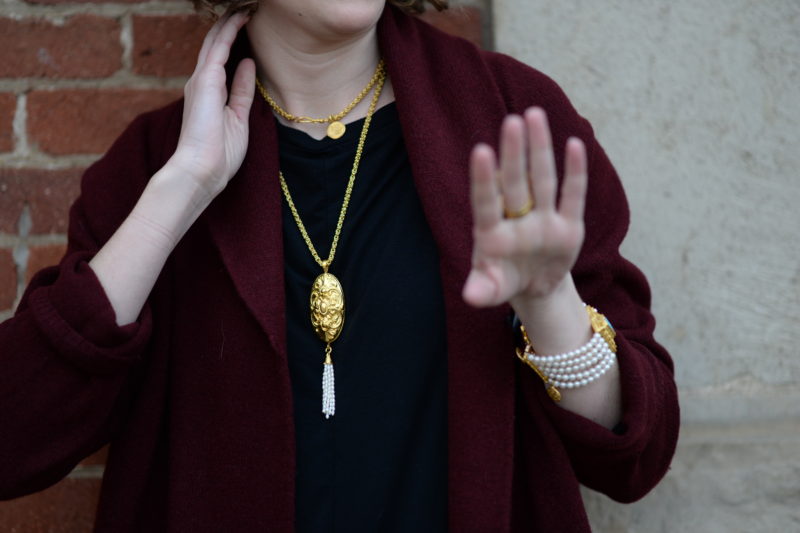 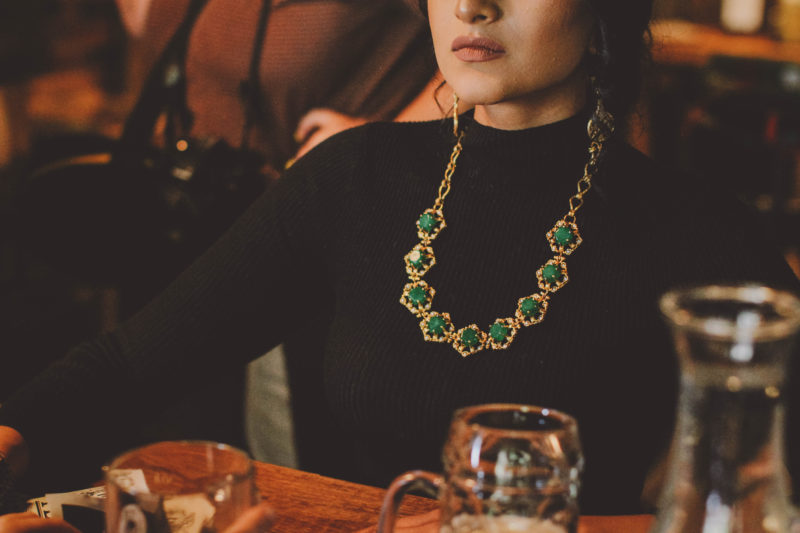 Inspiration Gallery: the Stories Behind Our Jewelry 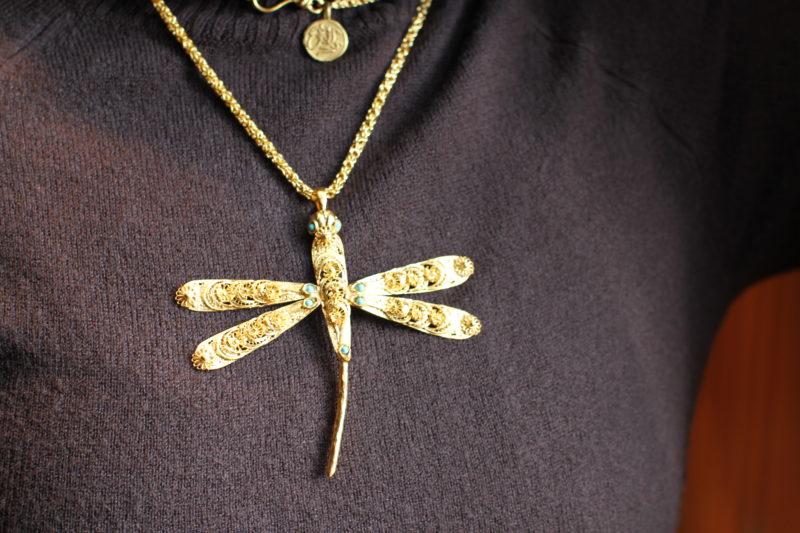 Lady Luck – Symbolism of the Ladybug